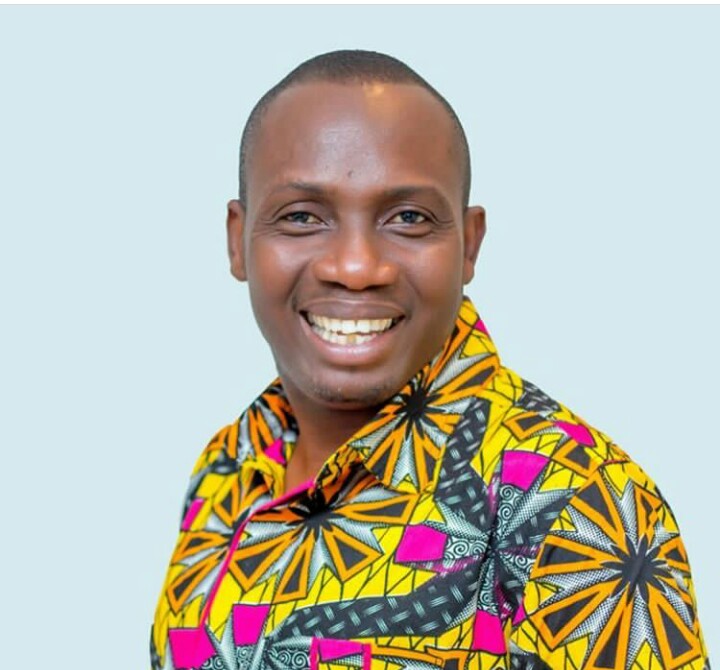 Counsellor George Lutteordt has described the public apology issued by Blogger Eugene Osarfo Nkansah to the wife on the day of their second year marriage anniversary following the secrets revealed by Abena Korkor as useless and one that should have been avoided.

According to the controversial counselor, the best approach for Eugene was to have apologized to the wife in private if and not issuing a public apology to all Ghanaians.

Speaking on the ‘Best Entertainment Show’ Monday morning on Okay FM, Lutterodt argued that, the public apology should have not been considered at all because it makes no sense and warrants being an insult to the integrity of the wife.

“Eugene’s apology was regrettable, shameful, and a s£nseless write-up. Who has Eugene offended? I’m not his wife, Ghanaians are not his wife. Is he marrying Ghanaians? Is the wife the public? Some of these things, we have to learn very well and stop the nons£nse. A day before the anniversary, the wife took advantage of the whole licking situation and made business sales out of it, showing she has seen the whole matter as part of life so why apologies to all Ghanaians?. If you have any apology to render, do so to your wife in your private space, not the whole Ghanaians” : Counsellor George Lutteordt asserted.

“Fast forward, the story is that Eugene exhibited poor behavior towards revealing Abene Korkor’s private apology message to him in public. Even Abena gave Eugene a private apology message, Eugene is the one who sent it to the public domain – that brought about more anger for Abena to reveal the WhatsApp conversation. If you(Eugene) have done something wrong to orchestrate more drama and you’re celebrating your anniversary, just go on to the point, celebrate your wife and ignore adding a useless apology to it.”

Counsellor George Lutteordt added that “Because if Lebene is angry because of what Eugene has done then she’s not normal. Any wife of all the guys mentioned by Abena Korkor who will be angry – then it means the said wife is not correct. Any firm marriage, Abena’s action cannot break it so to me, Eugene’s apology write-up was not useful, senseless, and baseless because the wife is not the public. If Eugene thinks going to lick Abena Korkor is an offense, he should do the needful in their private space. The content of his (Eugene) apology is even an insult to the wife.”

Founder and leader of Heaven’s Gate Ministry, Prophet Nicholas Osei is otherwise known as ‘Kumchacha’ on his part disagreed with Lutterodt’s assertion and lauded Blogger Eugene for his courageous action by apologizing publicly.

To Counsellor George Lutteordt , the public apology is needed and serves as no shame to the wife as expressed by Counselor Lutterodt adding that, “It rather exonerate the wife from all public shame and future ridicule”.

“The public has hold on to the matter and has since become public discussion, because of that he is needed to make public remarks on it, it’s very necessary. In the olden days, if a man commits adultery, an apology is rendered to the wife for forgiveness. Eugene is a radio person, the public knows him, you can’t disregard his response, and it is needed” he indicated on the same show.

After having consistently mentioned some showbiz personalities and politicians in her list of men who have slept with her, she recently indicated that Eugene OsarfoNkansahwho is now married, still sends her messages to request for sex.

What broke the camel’s back is when on Peace FM’s Entertainment Review last week Tuesday, KwasiAboagye read a message Abena sent to Eugene, asking him to be strong.

RELATED: Jayana Grabs Award For Music at 2021 Under 30 Women Awards

When the video was posted on Instagram, AbenaKorkor who was disappointed Eugene put the message out, wrote a comment under the post, saying her text to Eugene does not exonerate him for any act they’ve been engaged in.

She promised to provide evidence to show she really had sexual encounter with Eugene, popularly known as Nkonkonsa and she did exactly as that few hours afterwards.