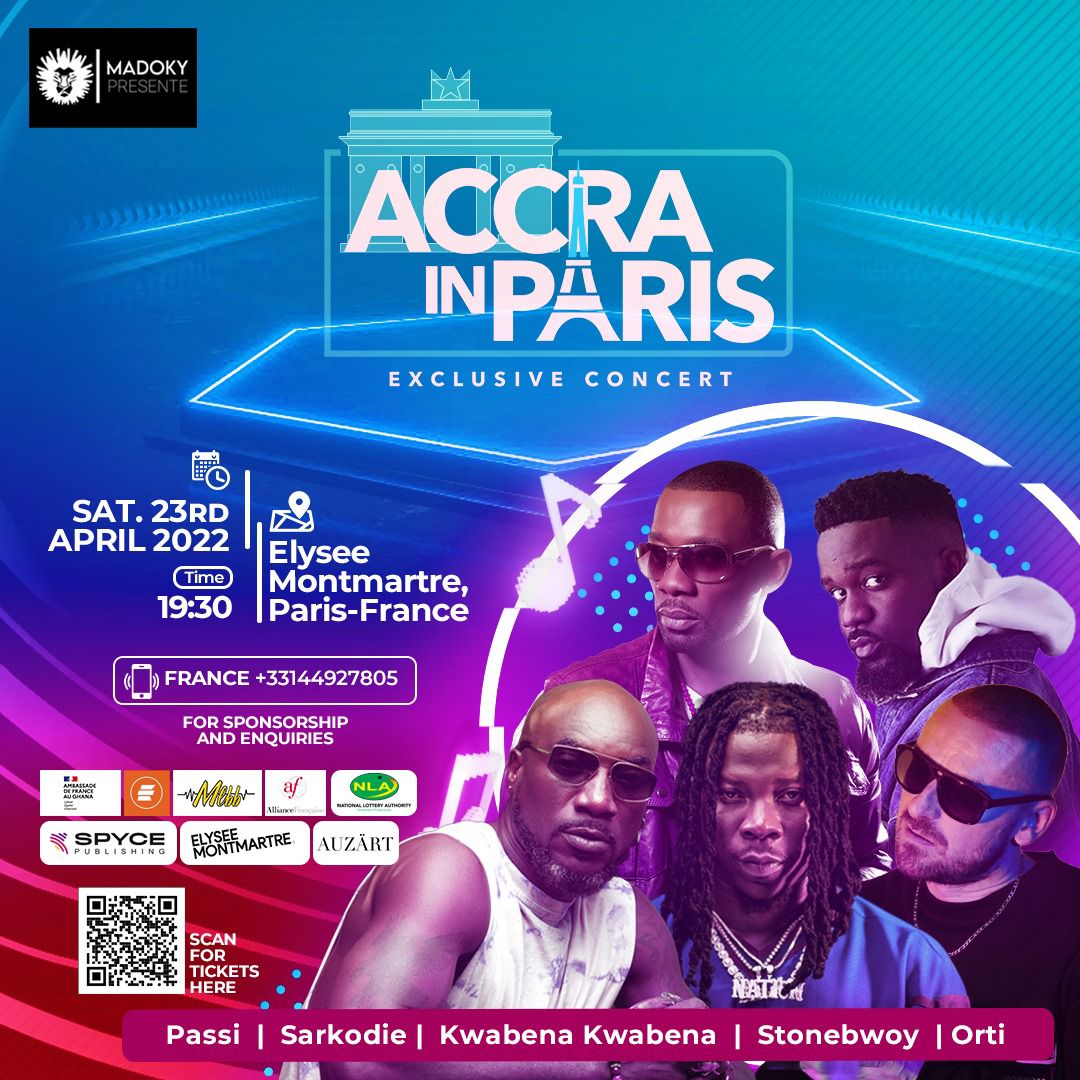 Accra In Paris (AIP) Concert is the return leg of the ‘Paris in Accra’  concert held sometime last year and is set to take place in France on April 23.

Ghanaian acts Sarkodie, Stonebwoy, and Kwabena Kwabena have so far been confirmed to thrill music lovers at the highly-anticipated show.

Likewise, their French counterparts Passi and Orti are gearing up to thrill the crowd on the night at the Elysee Montmartre, Paris-France.

The first leg of the initiative which was held at Alliance Francaise in Accra in November last year saw a mammoth crowd of music lovers present including dignitaries such as EIB Network’s CEO Bola Ray and French Ambassador to Ghana HE Anne Sophie Ave, throng the venue, and it was like a movie. 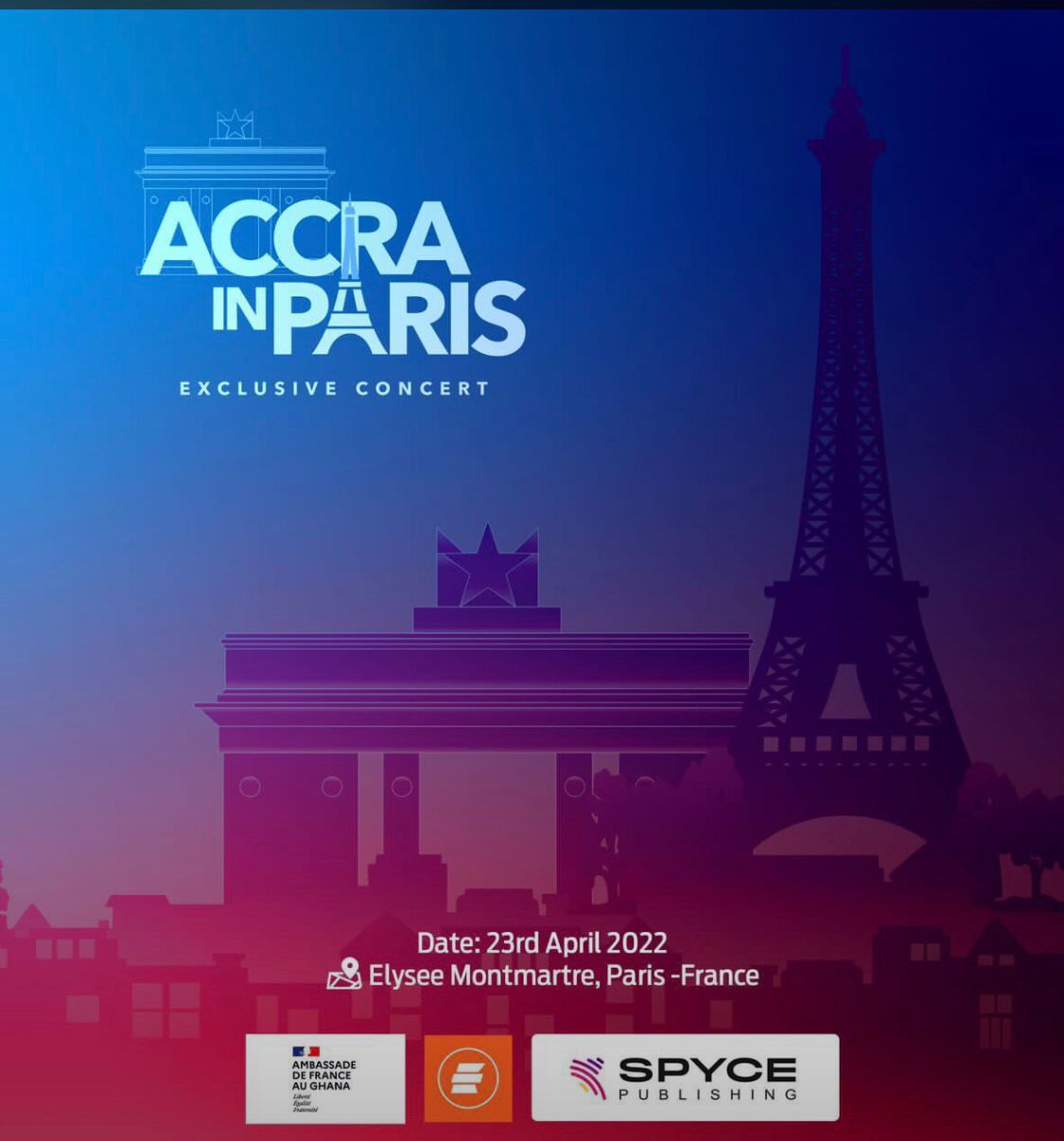 Like the first-leg in Ghana, the Paris auditorium will have beaming lights to highlight performers, well lit-up stage as though directly from the sun, and the highest quality of sound produced to give patrons a theatre feel as value for their money.

Also, there will be stands and sheds where ‘Made in Ghana’ goods will be showcased at the Accra in Paris concert.

The ‘AIP’ 2022 according to organizers will help deepen the already strong relationship between both countries using arts and culture.

It will also serve as an opportunity to sell Ghana in Europe.

The event is being put together by the Ambassador of France to Ghana, Empire Protocol, and SPYCE publishing.

In the coming days, more revered musicians are expected to join the lineup.