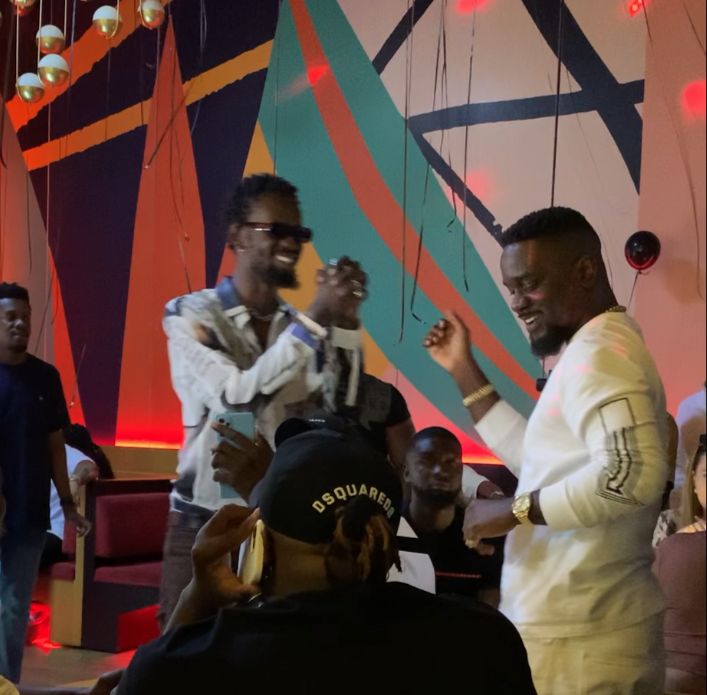 The event was held at Cafe KOKO in the United Kingdom to host fans of the rapper  give a listening ear to his new album.

Among other artists who graced the event include Black Sherif who performed Countryside with Sarkodie.

The two Ghanaian Music greats are performing the song ” Countryside ” live for the first time after it’s release recently.

Black Sherif has been in the United Kingdom to host his first solo concert dubbed Black Sherif Live at KOKO.

Michael Owusu Addo (born July 10, 1988) known professionally as Sarkodie  is a Ghanaian rapper, songwriter, and entrepreneur from Tema. His contributions to the Ghanaian music industry have earned him numerous accolades, including the Vodafone Ghana Music Award for “Artiste of the Decade”.

He was announced the first winner of BET’s Best International Flow artist at the 2019 BET Hip Hop Awards.[4] He is also considered one of the major proponents of the Azonto genre and dance and one of the most successful African rappers of all time.

He gained mainstream acclaim with his street anthem “Second Sermon” released in July 2021. His catchy hooks and choruses have garnered him over 100 million streams on Audiomack, while his music tops charts and is played everywhere from influencer videos on social media to NBA All-Star games.