Second Sermon Remix is finally available for your listening pleasure. 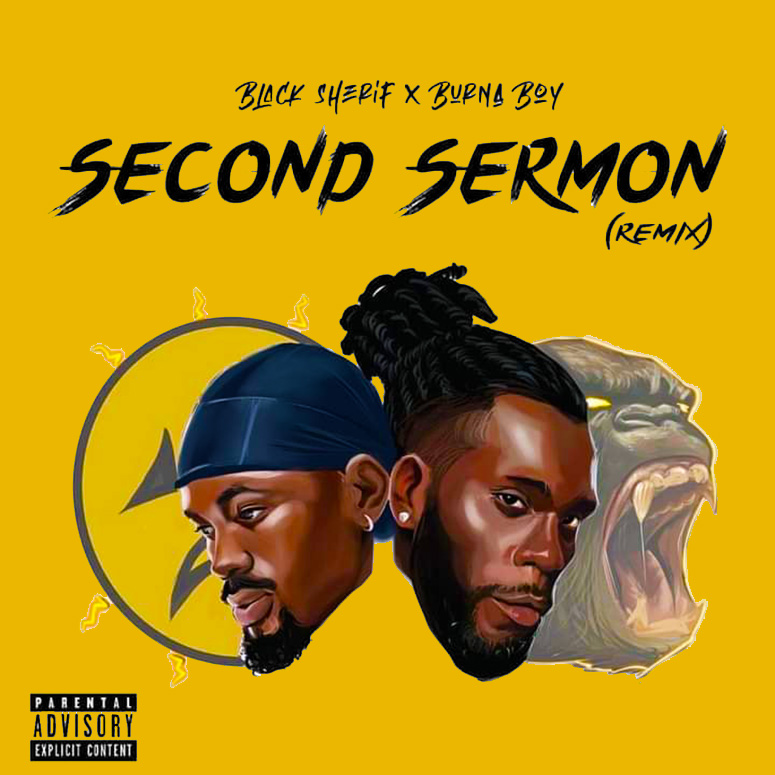 Black Sheriff featured Grammy Award winning singer  Burna Boy on  this new one. The two added a new musical condiment to the song .

We believe Second Sermon Remix is a masterpiece and will meet your expectation.

Black Sherif was born and raised in Konongo in the Ashanti Region of Ghana. He completed Kumasi Academy for his second cycle education and currently a student of University of Professional Studies.

He performed at the final of the 2021 MTN FA Cup final match between Accra Hearts of Oak and Ashanti Gold SC.

Black Sherif performed at the “Live With Medikal” concert, and rapper Sarkodie can’t have enough of him during his performance.

Popularly referred to as Blacko, the young star began his career as a dancer and later switched to music while in secondary school.

In 2019, he released Cry For Me but really made a name in 2020 thanks to the success of his hit song called Money.

In 2021, Black Sherif posted a viral freestyle on his Twitter page – the post caught the attention of music producer Hammer, Sarkodie, and several Ghanaian musicians and industry players.

Days after the freestyle went viral, Black Sherif was seen hanging out with rap heavyweight and Sarkcess music CEO, Sarkodie.

He is known for hit songs including Cry for me, Ade Akye and Destiny, and the latest titled Black Sermon.