GYAKIE TAPS ON NAIJA’S OMAH LAY FOR A BANGING REMIX

TO HER HIT SINGLE ‘FOREVER

Gyakie debuted on the music scene in 2019. Erstwhile, she had only been known as the daughter of Ghanaian high life music legend, Nana Acheampong who was one-half of the famous Lumba Brothers. Having borne witness to the building of a successful legacy during her formative years, she’s now put all that training into practice to become a certified superstar today.

In what might seem like a short while, Gyakie has released high-impact music including Love Is Pretty (2019), Never Like This (2019) and Sor Mi Wu feat Bisa Kdei (2020) to mention a few, all of which embody the character of a deep soul. Not only does

The reception for SEED EP was incredible as it was massive too. It catapulted Gyakie to continental consciousness amassing 11 million cumulative streams across DSPs to date. Also, the focus track “Forever” recorded a streak of wins; it peaked at #1 in Nigeria and Ghana on the music charts and continued its takeover assignment across Africa on platforms like Apple Music & iTunes, Billboard, Shazam, Triller, and YouTube. 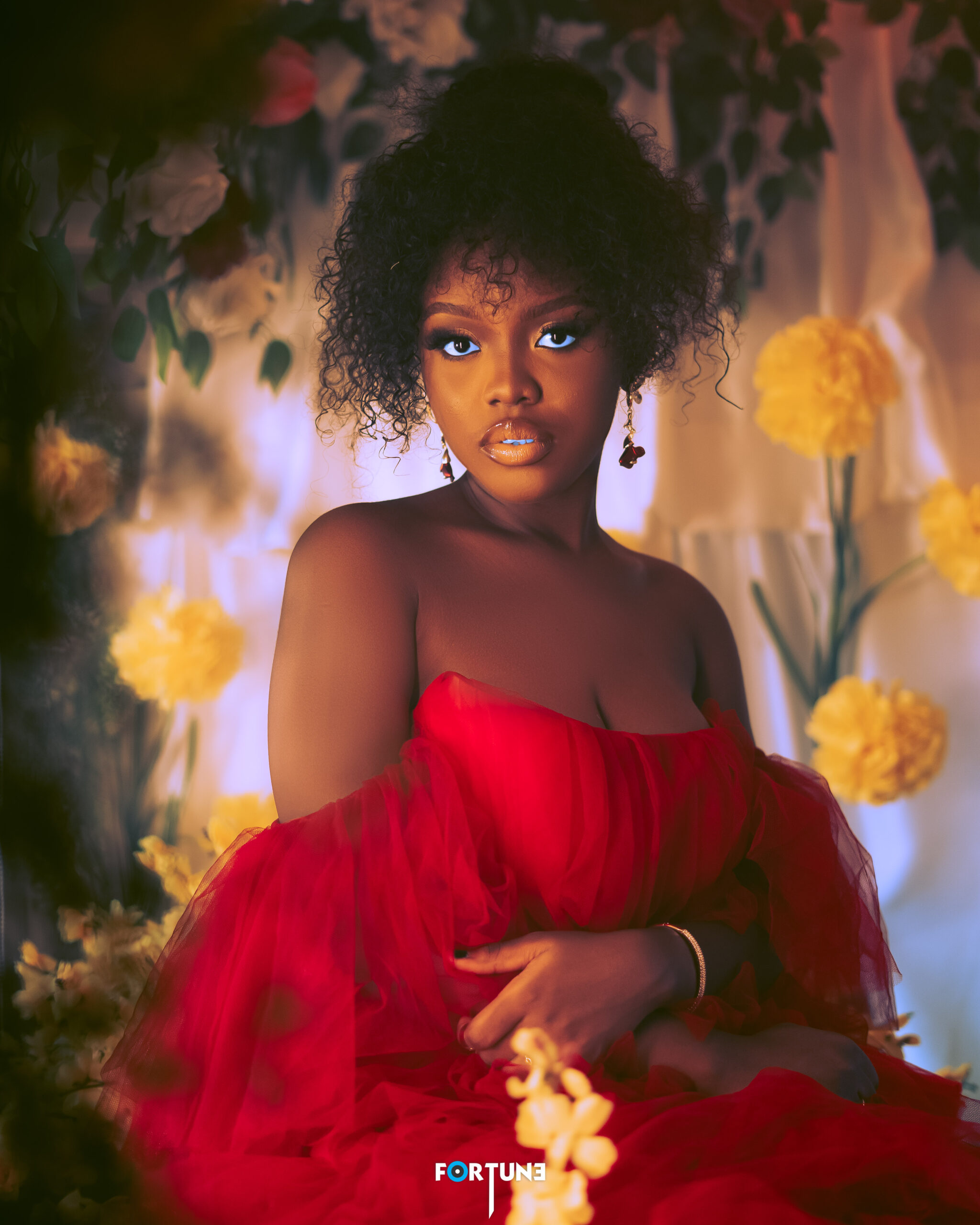 With this remix featuring Omah Lay, Gyakie will continue her valiant strides while using this motherland association to further solidify her status as the next takeover star from Africa whose eyes are set beyond the Atlantic embankment.

Jackeline Acheampong stage named Gyakie is an Afro-Soul/Afro-Fusion singer from Ghana. She grew up in Kumasi-Ghana, during a musical era where Soul Music reigned with artists such as Asa, Efya, Burna Boy, and Rihanna being the most influential musicians. The 22-year-old’s music career began in early 2019 while being a student of Kwame Nkrumah University of Science and Technology where she studies International Business. She is currently in her third year and is very passionate about her studies to create an inspiring story for creatives.

Gyakie is a talented singer and songwriter whose transparency makes it clear that she draws her artistic inspiration from genuine moments of extreme emotion and experiences of people around. Her debut project titled “SEED” EP has garnered over 11 million cumulative streams across all platforms, she is currently a driving sensation that wouldn’t be stopping anytime soon from all indications as she is currently sitting on the Shazam Global charts and making waves in over 15 countries across the globe.