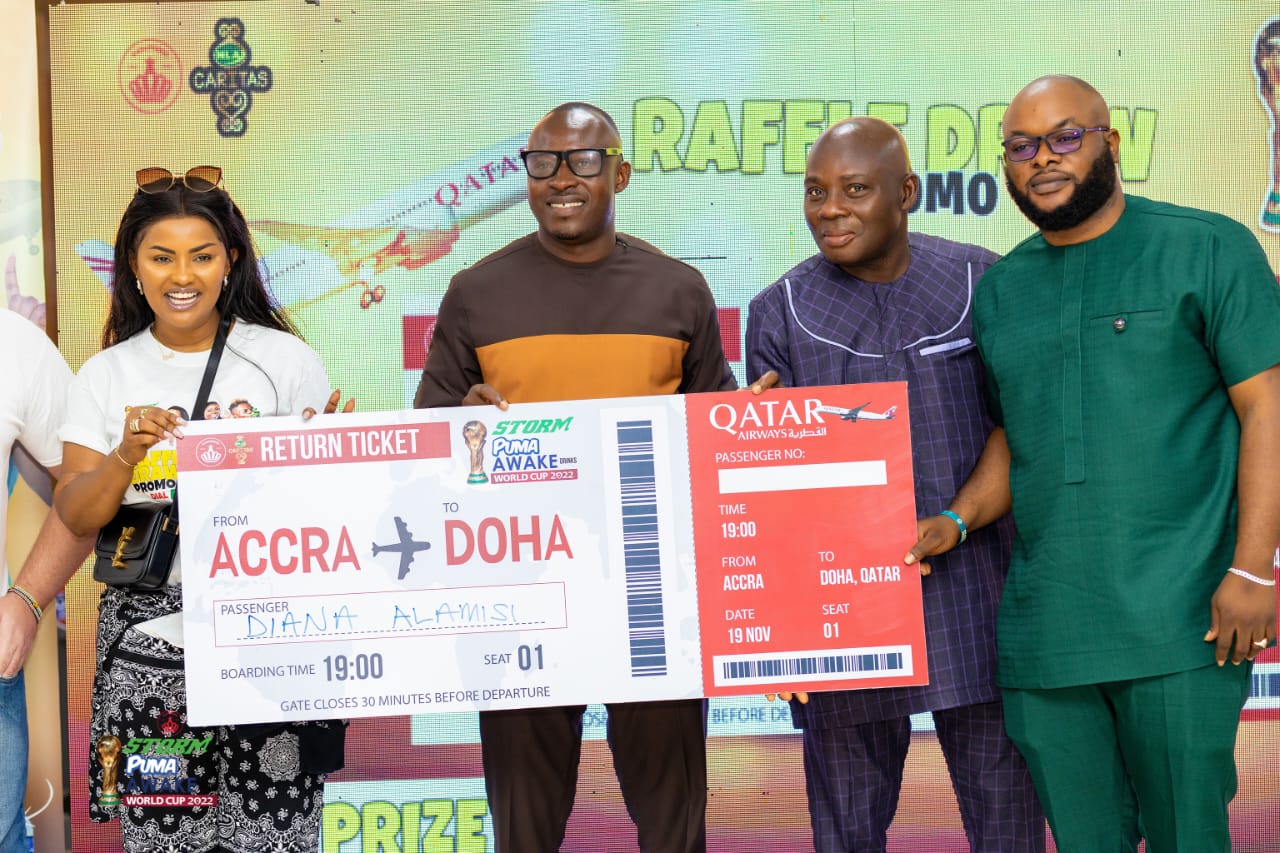 Diana Alamisi , a resident of Kumasi, has won a fully expense-paid trip to watch the 2022 World Cup after participating in the “Storm Puma Awake” World Cup raffle promotion.

Related: I Didn&#8217;t Know What to do When Mcbrown Joined me on Stage: Okyeame Kwame

Alamisi becomes the first winner to bag a ticket to watch the World Cup in the first monthly draw held at the Breman Hall of the National Lottery Authority (NLA), Accra. 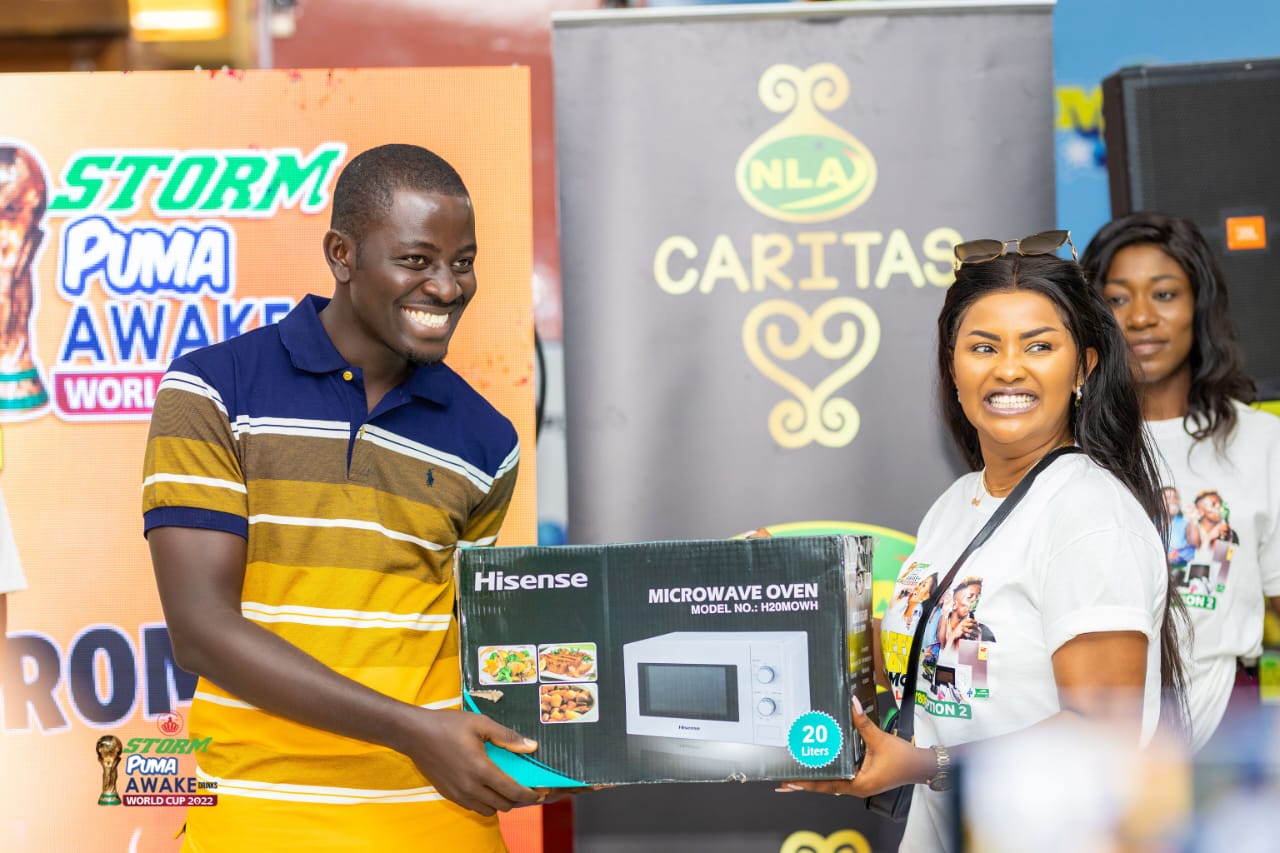 The world cup  raffle, held as part of a campaign to garner support for the Black Stars ahead of the 2022 World Cup, also witnessed other winners in the instant weekly promo, who were presented with prizes including sound systems, refrigerators, flat-screen televisions, and microwaves. 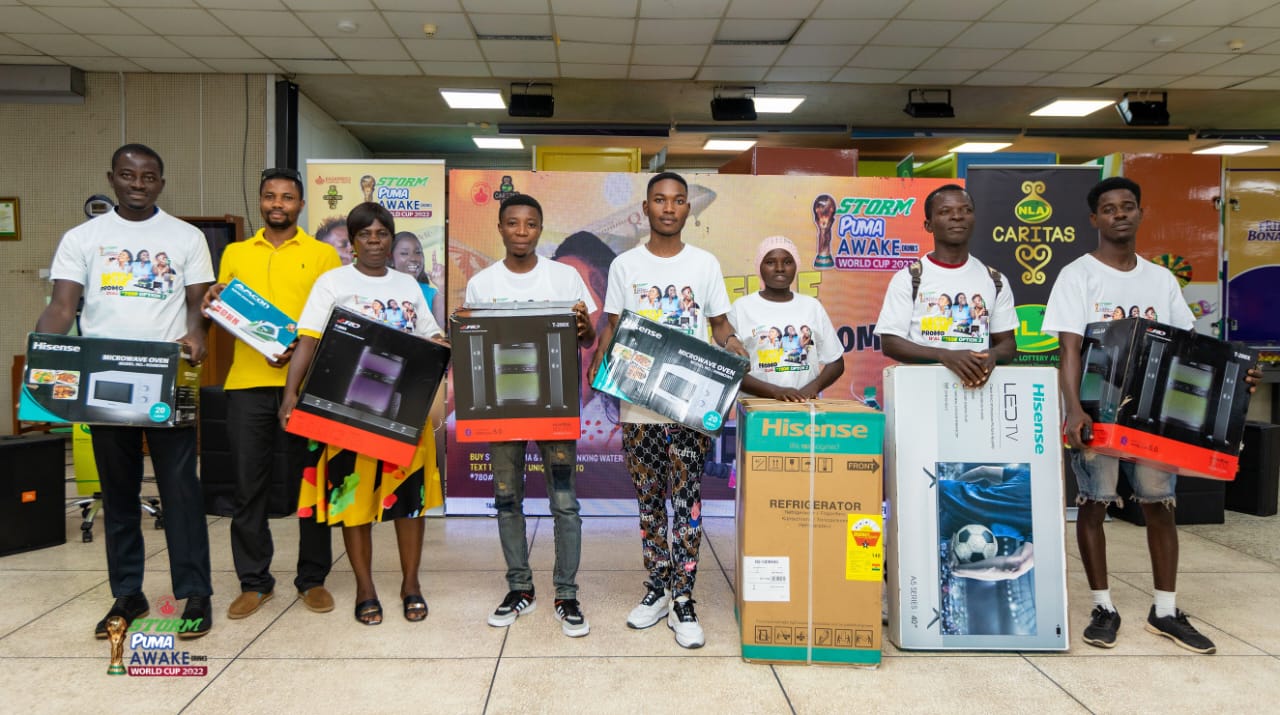 Speaking at the raffle, Madam Linda Aidoo, Brands Manager at Kasapreko Company Limited, congratulated all winners of the World Cup raffle draw promo and urged others to continue trying their luck as they could emerge winners in subsequent raffles.
She stated that with the 2022 World Cup fast approaching, it was imperative to whip up enthusiasm among football fans with this customer loyalty promotion.

“On behalf of the management of Kasapreko, we appreciate every customer who have taken part in the promo. The major objective of the campaign is to rally support for the Black Stars as they participate in the World Cup.

“We have consistently led the beverage industry with our unique products such as Awake Purified Drinking Water and also rewarded our loyal customers who have also stuck by us,” she said.
Madam Nancy Darko of NLA’s Caritas Lottery Platform, reading a speech on behalf of Mr. Samuel Awuku, Director General of NLA said they were thrilled to be part of this life-changing opportunity for consumers of Storm, Awake, and Puma products.