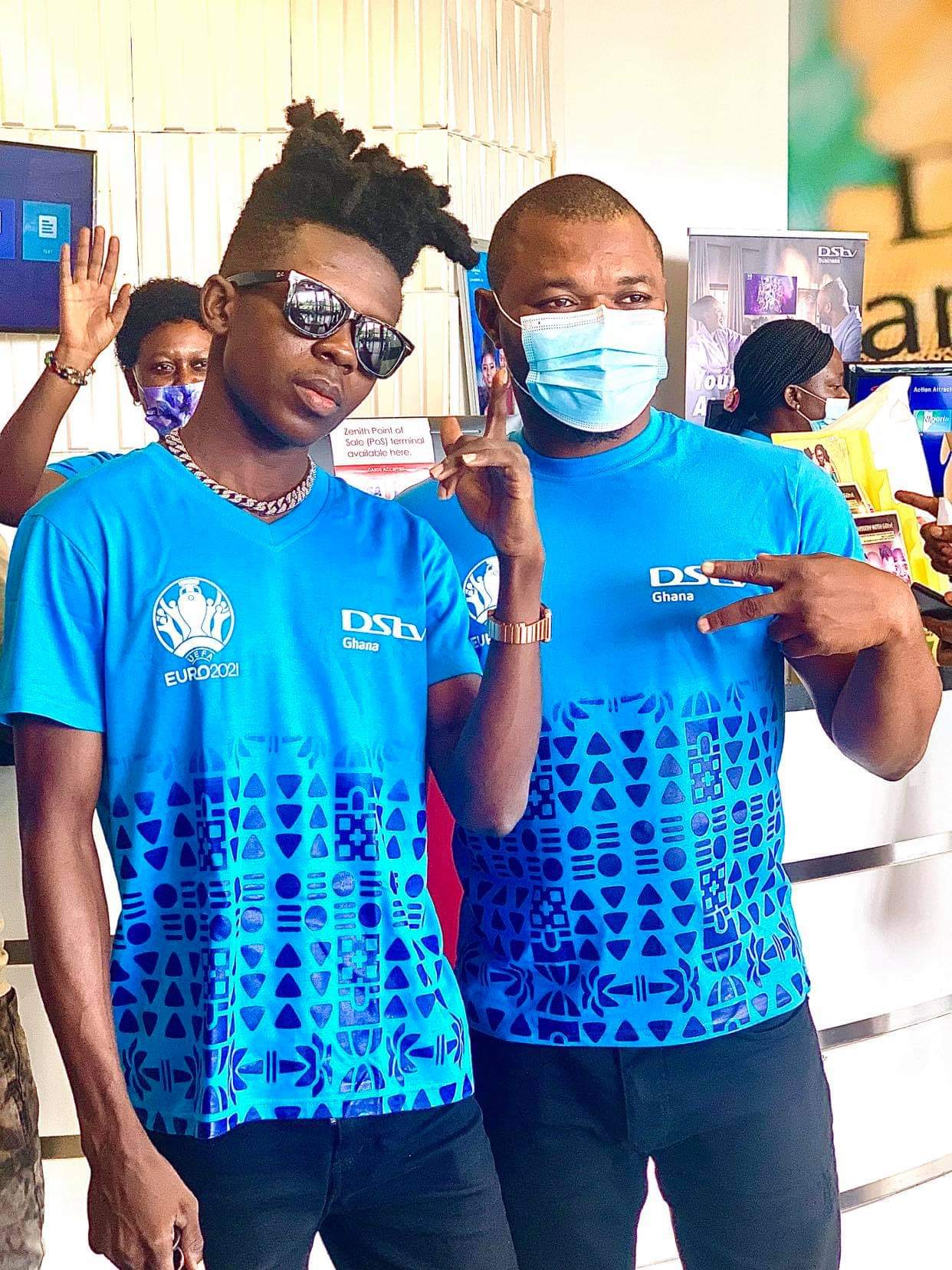 Award-winning Ghanaian rapper Osei Kwaku Vincent, popularly known as Strongman, comrades with the best broadcasting company in Africa MultiChoice to embark on a promotion campaign to lessen the price of their packages on DSTV and GoTv for the people of Kumasi and its surroundings. Strongman as the brand ambassador went for a media tour with the MultiChoice team across radio stations in Kumasi to spread this good news to the people of Kumasi.

Strongman, who happens to be currently one of the best rappers in Ghana, partnered with the South African company MultiChoice, to bring this promotion offer to his people in the Ashanti Region of Ghana. The renowned rapper with his influence and dominance in this rap fraternity and also the brand ambassador for MultiChoice in Ghana; enlightened his fans and music lovers about this promotion packages.

If you are in Kumasi, you can simply get your DSTV and GoTV at GHc159 and GHc99 respectively at all MultiChoice retailers’ shops and enjoy all the exciting moments.

MultiChoice is a South African company that operates the DStv, a major service in Sub-Saharan Africa, and GOtv, a minor service operating in over 9 countries of this area, and Showmax service. MultiChoice was formed out of the subscriber-management branch of the M-Net terrestrial pay-television company and broadcasts the full range of M-Net channels on the DStv service. MultiChoice is owned by the media conglomerate of the same name. One of the subsidiaries of MultiChoice is DStv Now, renamed as DStv App, a service that delivers television transmission to mobile devices such as laptops, smartphones, and notebooks.