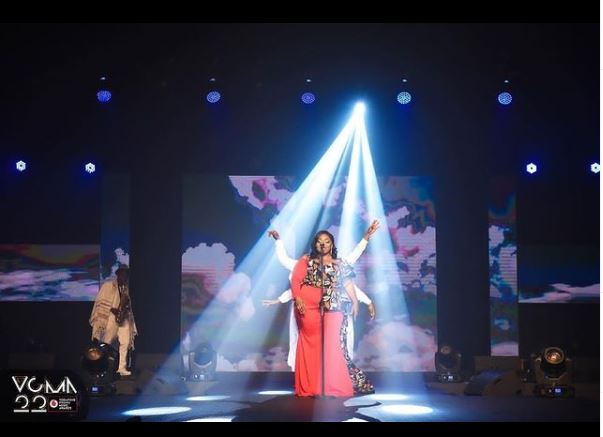 Celestine Donkor is one of the best stage performers Ghana can boast of. She has always proven her artistry on stage as far as music is concerned.

The singer’s performance at the recent  VGMA Xperience concert held on  Saturday, June 12 at Grand Arena of the Accra International Conference Centre (AICC) was also not an exception.

Celestine Donkor pulled a surprise with another stupendous performance to the gratification of patrons who were present to witness the event.

She spent only 10 minutes on stage and her performance can be elucidated as the best of the night as she kept the audience dancing to the glory of God.

She was the only female gospel singer who graced the event performing songs like Okronkronhene,  Manim Nguase, Favor Everywhere, Agbebolo.

The gospel crooner in an interview revealed that she always reviews her performance so she can do better the next time.

She said:  “I believe creativity is timeless and endless and can always be better and greater. I also believe that what God has given me is far greater than what the world has seen. After every release or any performance, I playback with the desire to do better next time. The desire puts me on edge of delivering better than what I have already done.