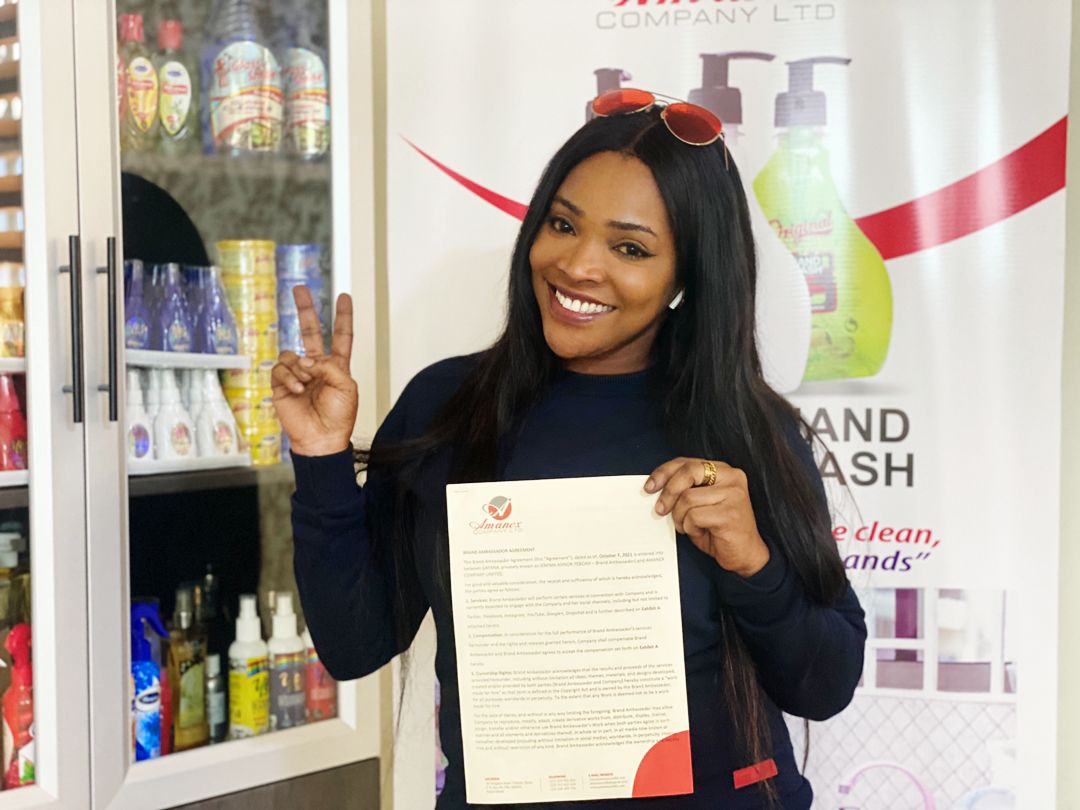 The deal was announced at an event held on Thursday, October 7, 2021, in Accra.

Unveiling JAYANA as the new Brand Ambassador, Mr. Eric Amanquanor, the Chief Executive Officer of Amanex Company Limited said the gospel artiste is the best person to be the face of the company because of her outstanding personality.

“Amanex Company Limited is determined to dominate the Ghanaian market and also the other West African Countries and believe JAYANA is the right person to spearhead this campaign.” Mr. Eric Amanquanor

Jayana is expected to market and promote the products of Amanex Company Limited across Ghana and other West African states.

The award-winning gospel artiste expressed her excitement after the unveiling and promised to use her influence to promote Amanex Company Limited’s household maintenance products.

She is noted for her soul-touching ministrations, energetic performance, making an immense impact on followers of gospel music with her mesmerizing and captivating vocal.

Jayana’s formative years were spent soaking up the contemporary gospel, praise, and worship.

She is the second daughter of the iconic Christian leader, late Bishop Dr. Augustine Annor-Yeboah, founder of Christian Praise International Centre (CPIC) and former Chairman of the Christ Apostolic Church.

Created as an instrument to bless God’s people through music, Jayana strongly upholds her belief that as a worker of God she has been mandated to influence individuals by showing them the unconditional love of Christ through her songs.

She participated in the maiden edition of the Stars of the Future music talent show, competing with the likes of Irene Logan, Jane Awindor now Efya, Ramzy Prince Amui and others.

Jayana’s recording career after ‘Stars of the Future’ began on October 29, 2006, when she launched her maiden album, ‘Awurade Ani Wo Meso’ which was produced by Multi Trade Impex label.

She announced her comeback to the music scene when she was signed on to DaveJoy Music Records in December 2018 and released a new song titled VICTORY in 2019 featuring Joyce Blessing.

In 2020, Jayana released two powerful singles, titled ‘I Believe’ and ‘Who You Are’ and in 2021, she released three tracks namely, ‘Awurade’ [God], ‘Gye W’ayeyi’ [Receive Your Praise] featuring Aduhemaa and No Fear.

Jayana has bagged so many awards since 2020.

“We manufacture products to meet international standards at affordable prices.”

Photos and video from the ceremony of her ambassadorial signing.