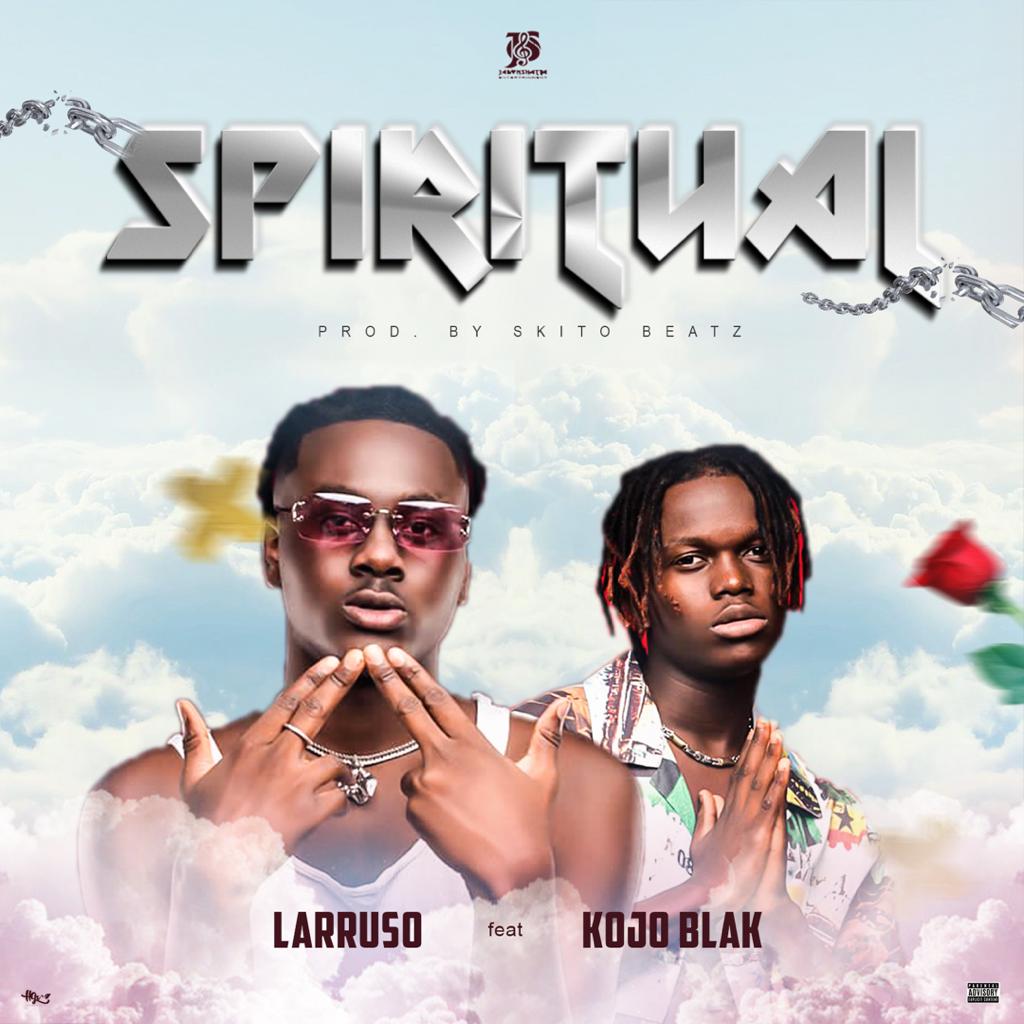 Spiritual is available on all digital outlets.

Afro-Dancehall crooner, Larruso unleashes one hell of a party cracker and it’s a loud one. He features label mate/newest signee, KOJO BLAK, as they collectively make the most out of the melodic Afrobeat instrumentation.

‘SPIRITUAL’ is all about the nightlife and its associated frolics among young boys of today; splurging on liquor and the gyal dem, zone to zone, or as the new trendy term goes, ‘’parté after parté’’.

Larruso’s husky vocals gel effortlessly with the very wild Skito Beatz production, as he pops in some sensual lyrics and ad-libs which help give ‘SPIRITUALl’ its charm. KOJO BLAK doesn’t slow the pace either, swooping in for the kill with a groovy flow that is satisfyingly good. ‘SPIRITUAL’ has enough energy to be a guaranteed party booster and is sure to latch onto the airwaves by the weekend’s wake.

Born Ridwan Abdul Rafiu, Larruso is a Ghanaian Afrobeat, Reggae, and Dancehall artist signed to Jadon Shatta Entertainment. His debut single, ‘Killy Killy’ dates back to 2019 under the said label, eventually drawing in A-listers Stonebwoy and Kwesi Arthur for its remix.

In 2020, Larruso earned an endorsement from DJ Khaled during his performance at the latter’s AC Milan & Roc Nation’s ‘’From Milan With Love: Next Gen’’ virtual concert, as one of the most promising new wave of African artists to look out for. He is currently the reigning ‘’Reggae/Dancehall Artiste of the Year’’ per 2021’s 3Music Awards and the youngest of Ghanaian crooners to win a major award in that category.

RELATED: GH Dancehall Budget Mixtape (Mixed By Nana Dubwise)
Larruso is focused on telling his life-inspired stories and is hopeful to passively impact the lives of people across the world while entertaining them.